Bobby Hustle Biography:
Bobby Hustle is what cultures colliding sounds like. Born in Seattle, Washington and raised on a diversity of music ranging from Irish folk to Motown and Otis Redding to Mozart, the Hustle fell in love with reggae as a twelve year old and the affair has never ended. As a result, his sound is rooted in modern reggae, but effortlessly blends in pop, rock and even hip hop sensibilities. Bobby has recorded and released songs with Sizzla (JA), Exco Levi (CA), Gappy Ranks (UK), Cali P (CH), The Movement (USA) and more. He has toured in the United States, Canada, Japan, Italy, Germany, Poland, Russia, Costa Rica and Israel. In 2016, while on tour in Costa Rica, Bobby was arrested, falsely accused and charged with drug trafficking. He spent the next 22 months fighting for his freedom. In December 2017, he was found not guilty in trial and allowed to fly home to his family in Seattle. After his return, he relocated to Los Angeles where he continues to record and release new music. 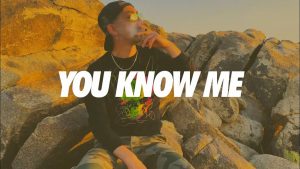