‘Them & Those’, featuring Rapha Pico and the powerful voice & words of Shiwa is the first release in a series of singles with other Artists in the Dutch reggae scene, presented by Noble Chanters Productions & Earth Works Studio, Amsterdam.

This series of Noble Chanter 7″s represents & demonstrates how coming together in unity is the essence and foundation of what builds communities.
For the sessions – the musicians & artists were all invited to the studio together, all the music & lyrics were written & recorded on the day without prior planning. Vibes is the main ingredient used during the session!

Purchase your vinyl at: www.noblechanters.bandcamp.com 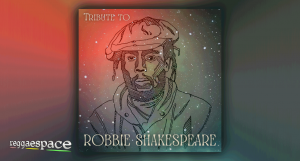