The song was conceived when Canned Beets reached out to friend of the band and ATX resident, Gordie Johnson, for a dub mix of their 2020 song “Winston’s.” Gordie dug the riddim and suggested The Grei Show for voicing. The result is a delicious blend of the 3 collaborators that is part reggae/dub & part hip-hop, resulting in a downtempo headbobber about life in Jamaica and the power of food. Mastered by Grammy, Juno, and Mercury Prize winning engineer, Howie Weinberg.

The Grei Show – Jamaican born artist, Gamel Reid, has been releasing music under the name “The Grei Show” since 2012. He’s produced tracks with fellow Jamaican, Protoje, currently working on an album with Gordie Johnson and this track will be the first official and international release for his new record company, ‘Wheel It! Records.”

“As The Grei Show raps and sings, you get a deep sense of meditation…”
– Jamaican Medium

“Gordie’s a great guitar player in his own right, and he’s a great engineer.” – Warren Haynes 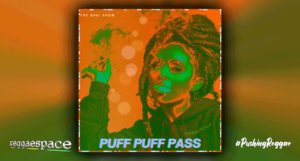