In 1974, the music legend had arrived in Nigeria for a musical concert in what was reportedly his first visit to Africa. He was greeted by a massive crowd at the airport.

“My first trip to Africa was Nigeria. It was a bitter-sweet experience,” Jimmy Cliff recently recalled in an interview with theartsdesk.

“Sweet because of the thousands of people at the airport awaiting me. I’d never had that adulation, I only saw it for The Beatles, so to have it for myself was really great. They lined the street from the airport to the hotel. It was amazing.

“The bitter part of it was I got thrown in jail for no reason at all. A man came and said, ‘I’m the one who was supposed to bring Jimmy Cliff to Africa. I had a contract with him in London and he didn’t turn up so now he’s here I’m taking out a civil suit against him’.”

Jimmy Cliff said he was put in jail for three nights in Nigeria. The singer was freed by the courts after the suit against him was dismissed for lack of evidence. “When I went to court, where’s the evidence? Nothing! So they threw it out,” he said. 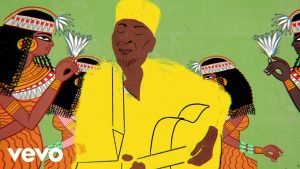