The Late Ones have been carving out a new path within the reggae genre for a number years now and THE FOURTH QUARTER marks their official full-length album debut. The trio seamlessly blends reggae with hip hop, bringing a vibe that some have described as sounding like the Mighty Diamonds or Culture mixing it up with the Native Tongues posse. This album brings together some of the band’s previously most popular singles (“Thrive,” “Thunder & Sun”), four songs from last December’s LATELY EP, and a number of new unheard tracks into one of the most forward thinking and catchy records to be released in 2021.

Video: The Late Ones – Feeling Myself [Easy Star Records] 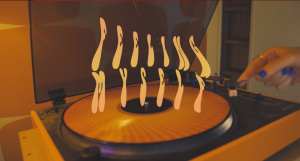