DELBERT “Ngoni” McKay, singer/founding member of the British-based reggae group Misty in Roots, died at his West Midlands home on October 1. He was 67.

His wife, Sham McKay said the singer was ailing for some time and confirmed his passing.

“He wasn’t well… He was diagnosed with lung cancer last year November and, in spite of that, we tried to live a normal life. Things, however, took a turn for the worst and he went into cardiac arrest.”

McKay, who formally tied the knot with her husband on September 21, remembers him as a loving and kind person.

“He was family-oriented. He never deal wid nuh war; jus’ peace, love, and unity. He was a hard-core Rastaman, who tried to do what was right. We went to Ethiopia and got our blessings, so that kept us going for a long time,” she said.

Hailing from Braeton in St Catherine, McKay migrated to the United Kingdom in the mid-1960s. He was one of the vocalists for Misty in Roots, a roots-reggae band formed in Southall, London, in the mid-1970s. The group’s first album was 1979’s Live at the Counter Eurovision, a record full of Rastafarian songs which helped to bring roots reggae to a white audience.

In the early days, the band was a collective with five lead singers and various musicians, though by the time of the second album, the band had slimmed down to just three members. Along with Steel Pulse, Aswad, Matumbi, Cimarons and Black Slate, Misty in Roots were one of the most popular British reggae bands of the late 1970s. 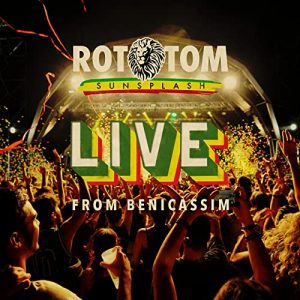